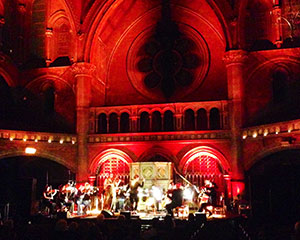 The idea of an all-Australian chamber orchestra in the UK shouldn’t be strange. After all, there are thousands of Australians living and working in the UK and it seems fitting that a concert entitled Maralinga Lament should be conducted and performed by those who call Australia home.

Kelly Lovelady, an Australian conductor in London is the founding director of all-Australian chamber orchestra Ruthless Jabiru. She is both a cultural ambassador for Australia and a campaigner for recognition for Australian artists abroad.

The recent concert given at the Union Chapel was a programme that resonated with the Australian landscape, the trauma and tragedies suffered by the land and peoples in the…