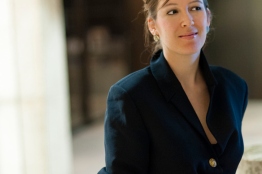 A tireless musical ambassador abroad explains why the Aussie way still works for her.

My first sight of Kelly Lovelady is during a rehearsal for a concert at St John’s Smith Square.  A great deal of frenzied preparation is going on around her, but Kelly’s musical focus is unaffected. In five-inch Cuban heels she sways her baton conducting with knees bouncing to the beat. It is an unusual style but orchestras know precisely where they are and what she wants. There is clarity in her unique brand of physicality and you can tell that musicians feel both safe and inspired under her direction. She is also wonderfully sensitive to any soloists and demonstrates her skill as a great accompanist.

I grab some time with Kelly after rehearsals over a quick drink. Even under pressure she is open and enthusiastic. This particular evening she has been hired to conduct at a…