As part of our Maralinga Lament programme on 14 October, Ruthless Jabiru will give the UK premiere of Linda Buckley’s Fall Approaches for string orchestra and electronics. 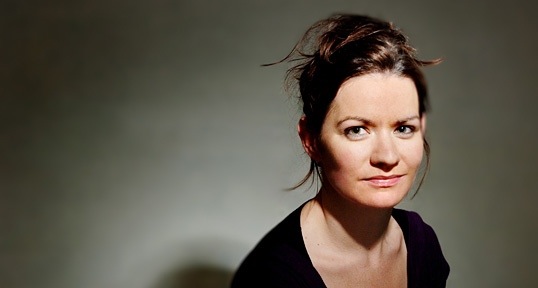 Linda Buckley is an Irish composer from the Old Head of Kinsale, currently based in Dublin, who writes for both electronic and acoustic forces. The diverse instrumentations of her work include Javanese gamelan, choir, multi-channel tape, prepared piano and orchestra.

Her music has been described as “strange and beautiful” (Boston Globe, July 2004), a “fascinating interaction between live sound and electronics” (Irish Times, Nov 2006), and “an exciting body of work that marks her out as a leading figure in the younger generation of Irish composers” (Journal of Music, Sept 2008).

Her orchestral work chiyo, performed by the BBC Symphony Orchestra, features on the album new music :: new Ireland released by the Contemporary Music Centre in June 2013. Her work for Javanese gamelan Telephones and Gongs was performed alongside other new music for gamelan at the Southbank Centre in July 2013. In the past month alone Linda’s music has been programmed by festivals, galleries and conventions in both North and South America, as well as at home in Ireland. Her recent commission for the Irish Chamber Orchestra and dancer Colin Dunne, The Turn, will be featured tonight at the Fall for Dance Festival at New York City Center.

Linda’s current works in progress include commissions for the RTÉ National Symphony Orchestra and Choir for premiere at New Music Dublin, Crash Ensemble for Cork Midsummer Festival, and a piece for Dublin International Piano Competition 2015. Linda is currently the composer-in-residence for RTÉ Lyric FM.